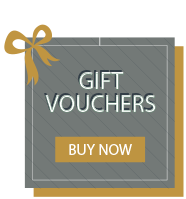 Newpark Hotel is built around the former Newpark House, an elegant 19th-century mansion that was completely renovated in 1908. 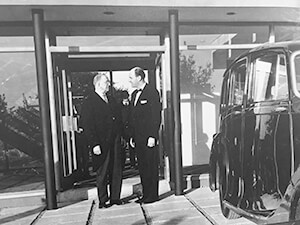 The house was surrounded by over 50 acres of land, most of which is retained today. It had an extensive staff into the early decades of the 20th century. The principal staff members lived in two ancillary buildings, Newpark Lodge and Newpark Cottage, both still standing in grounds adjacent to the hotel and now in private ownership. For many years, Newpark House was the home of Colonel Scott Dove and his wife, a member of the McCreery family long connected with the commercial life of the city of Kilkenny. The Colonel was a doctor who had spent most of his life in the army service and had traveled the world. He had a large collection of antiques and exotica. The former dining room of Newpark House is now part of the hotel’s restaurant. 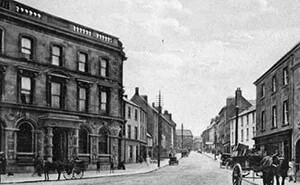 In 1965, the building and grounds were purchased by a business consortium headed by a former manager of Jury’s Hotel in Dublin, (at its original site in College Green) the late Mr. Bobby Kerr. In 1966, Kilkenny’s first new hotel in over 100 years opened its doors and today it is acknowledged as one of Ireland’s finest provincial hotels. 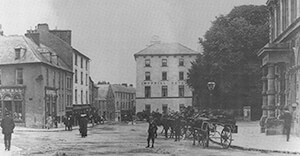 A new Grill Room brought a fast and convenient way of dining to Kilkenny while the Dining Room remains a quality place in which to eat.

Newpark Hotel celebrated its 21st birthday with the completion of an extensive Leisure Centre complex. A new accommodation wing with 16 executive bedrooms was also built.

To celebrate the Hotel’s 25th birthday, the bar, grill, and lobby areas were refurbished. The Ebony bar with its jazz motif and the new Bistro became the fashionable meeting place in Kilkenny.

A new bedroom block was completed, bringing the total number of rooms to 84. The ground floor was extended with a new Residents’Lounge, renovated Park Room and The Oak Room was created on the first floor for seminar and boardroom use.

The “Building for the Millennium” – programme commenced. The Reception and Lobby areas are refurbished to the modern standards which you see today. The new “state of the art” Business Centre is the first of its kind in Kilkenny and delivers our Guests the professionalism and comfort which is expected. A further extension was completed with the opening of the Scott Dove Bar and Bistro serving a variety of food and drinks to satisfy everybody. A new bedroom block, which consisted of 32 executive rooms completed this phase of our building programme.

The Restaurant was newly extended, refurbished and tastefully decorated in a contemporary modern look, creating the perfect ambiance to enjoy fine cuisine and renamed Gulliver’s Restaurant.

Newpark was proud to present its new state of the art banqueting/conference suites. It was extended and completely renovated with a modern décor using a combination of strong colours, glass and natural cherry wood. The spectacular, impressive entrance is a free-standing glass structure 8.5 meters in height, creating a stunning architectural feature. Our award-winning landscaped gardens completed and complemented the full effect.

Newpark continues with the Building for the Millennium programme with the addition of 60 new bedrooms including two luxurious penthouse suites. In conjunction with the addition of these fabulous bedrooms, 100% space is added to the Leisure Club and a completely new building alongside the existing pool complex featuring a new Gym with state of the art equipment, and a 1200sq ft. Aerobics Studio. The wet areas include a new 8 seater Steam Room, new turbo Hot Tub, upgraded Sauna and new Changing Rooms. The new Health Spa has six wet and Dry Treatment Rooms with a Balneotherapy Massage Bath. In addition, our Health Spa boasts the Kieran O’Connor Hair Studio. 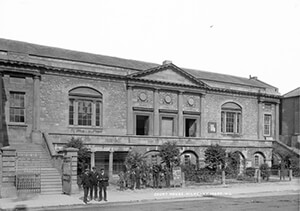 The Flynn family, John and Allen Flynn have added the four-star; 135-bedroom Newpark Hotel in Kilkenny to their portfolio of luxury hotels, which in addition to the Imperial Hotel in Cork includes also Old Ground Hotel Ennis and The Park Hotel Dungarvan. Shortly after Newpark has become one of the best-loved and most widely known hotels in the country. The location of Newpark in Kilkenny has also strengthened Flynn Hotel Group's presence in the southern region of Ireland.

Newpark Hotel undergoes a 3mln refurbishment that touches on every aspect of the hotel, paying particular attention to the hotel’s leisure and health club facilities, which includes state of the art fitness suite, heated swimming pool, Hot tub, sauna and plunge pool. The new leisure facilities incorporated the ‘Escape’ Spa with a wide selection of Aveda Treatments. The refurbishment also included accommodation, public areas and a complete redesign of the ballroom and conference facilities.