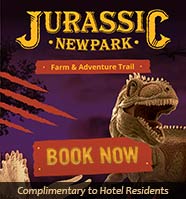 ‘Jurassic Newpark’ will feature an interactive walk-through experience with life-sized (robotic) dinosaurs that move and roar.

A real-life Jurassic Park has come to Kilkenny!  Dinosaurs will once again roam the land at the 4-star Newpark Hotel.

The Park, which will open to visitors at the end of July, will be home to a number of lifesize dinosaur species, which have been extinct for over 66 million years, including Tyrannosaurus Rex, Triceratops, Stegosaurus, Brachiosaurus, Velociraptor, and dinosaur eggs, making it a dino-mite experience for any Dinosaur fan! These animatronic creatures move and roar just like the real thing!

The space will be similar to the paddocks depicted in the Jurassic Park movies It will feature ‘electric fenced in enclosures’ for the carnivorous predators including the fearsome ‘king of the dinosaurs’ Tyrannosaurus Rex and the dangerous and yet fascinating Velociraptor, with its signature curved claw on each toe for pinning prey!

There will also be large fenced in open paddocks for the plant eating herbivores including the distinctive three horned Triceratops, armoured Stegosaurus with plates along its spine, and the long necked majestic Brachiosaurus. These paddocks will be linked with accessible trails, with fantastic photo ops along the way and Park Rangers who will give informative talks about the different dinosaurs. 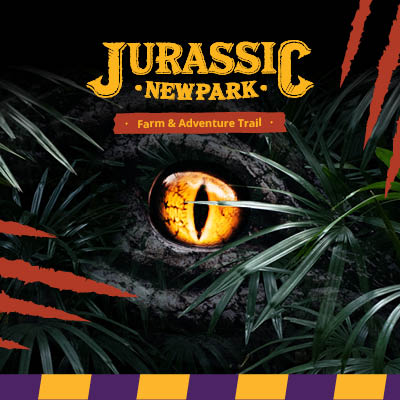 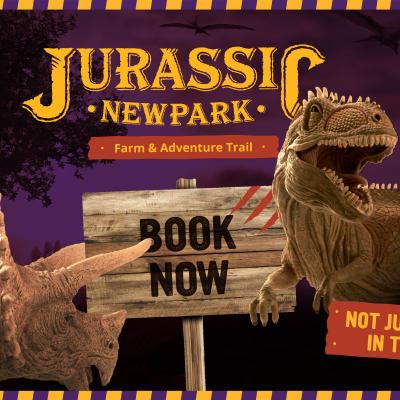 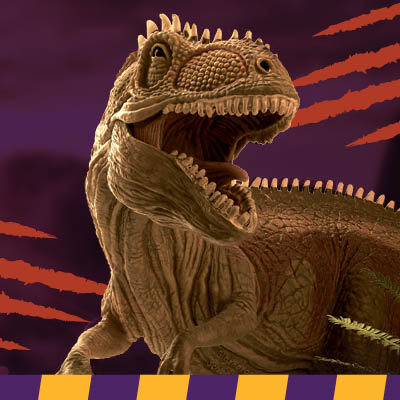 Weekend BreaksTake a well deserved weekend break in the heart of the Medieval City...
book now